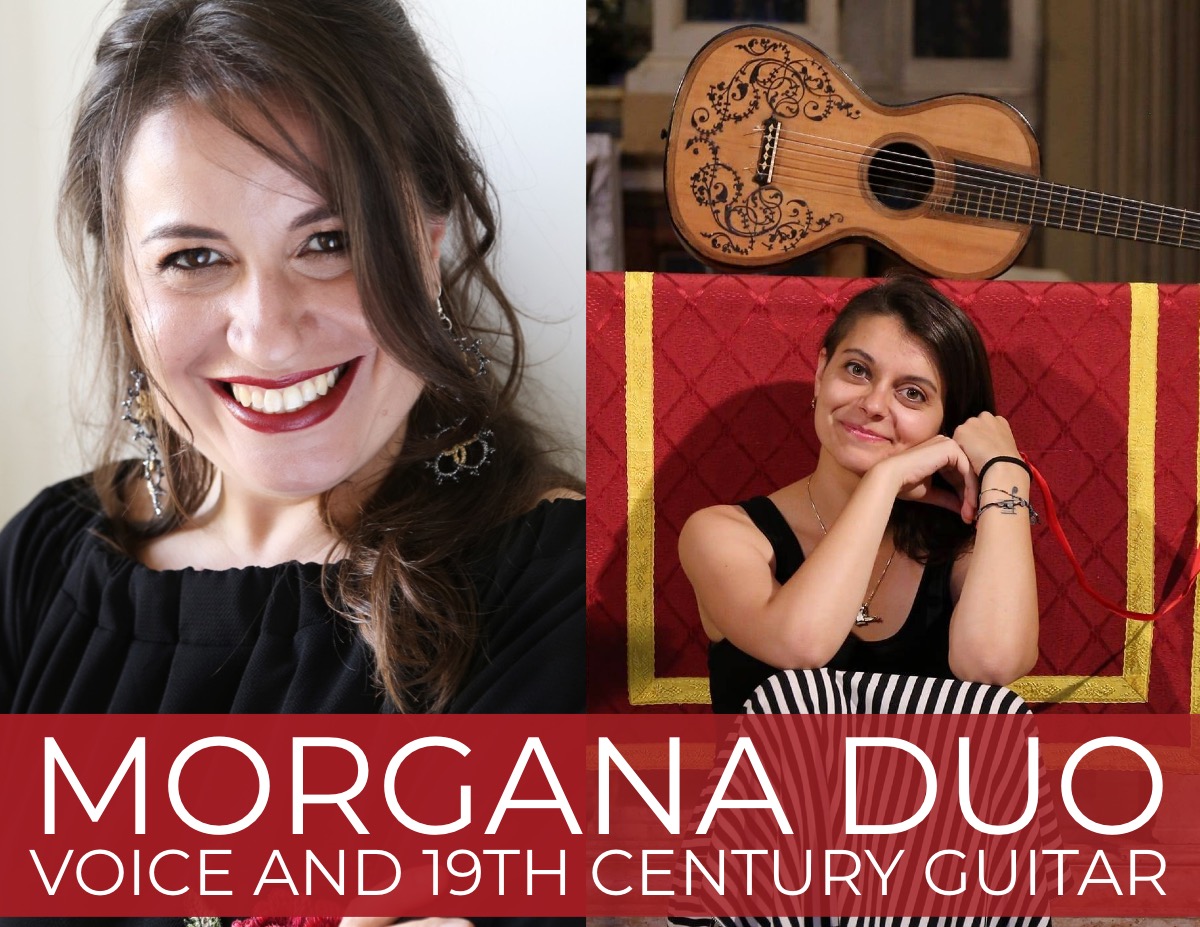 Borrowing their name from the mythological sorceress Morgan le Fay, the Morgana Duo explores repertoires of songs for Voice on the Romantic guitar. Their program spans three centuries of female creativity and charm. Moreover, their name also associates their Italian origins to the fata morgana mirage, an optical effect known to travellers and sailors from the Mediterranean to the Northern seas. This suggestion provides a fascinating link between the literary traditions of Italian (Boiardo, Ariosto, Tasso) descent and the Celtic origin of the myth. These depicted the compelling femininity of the sorceress Morgan Le Fay across arts, music and literature.

The Morgana Duo repertoire includes music by Barbara Strozzi, Claudio Monteverdi, Fernando Sor, Isabella Colbran, Gioachino Rossini, Pauline Viardot. The research of the duo is especially, yet not exclusively, centred on the output of women composers.

The Italian guitarist Enrica Savigni began her studies in classical guitar with Walter Pezzali at the Conservatorio di Musica “A. Boito” in Parma, where she graduated in 2010 with Magna cum Laude. At the same time, she studied clarinet with Maestro Roberto Saltini in Parma, where she graduated in 2014. Subsequently, she graduated in 19th-century guitar from Milan’s Civica Scuola di Musica “Claudio Abbado” with Duo Maccari-Pugliese. Since 2013 Enrica has continued her performance career on the romantic guitar.
In 2021 she graduated with a Master Of Arts in Music Performance from the Koninklijk Conservatorium of Brussels; here, she studied in the early music department with Maestro Xavier Diaz Latorre.
Enrica is also the artistic director of the Italian organisation “TouchTheSound Project“, a project that shares research in performance practice, ancient instruments, and historical repertoire. She regularly gives lectures, conferences and masterclasses on the repertoire and guitar practice of the nineteenth century.

A LectuRecital on my work on Morton Feldman's 'Neither', hosted by the SMI Plenary Conference.